This large pitcher was produced by Shenango China.  It is about 5 inches in diameter and stands about 4 inches tall.  It is in excellent condition, and does not have any other chips, cracks or hairlines. 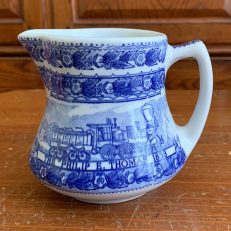