This dinner plate was produced by Lamberton China.  It has the full shield backstamp.  It is in excellent condition, and does not have any chips, cracks or hairlines. 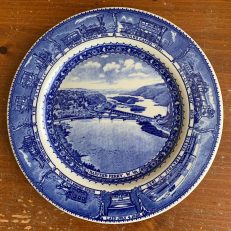