This 6 inch diameter cereal bowl was produced by Shenango China.  It measures about 3 inches high and 3 inches in diameter.  It is in near mint condition, and does not have any chips, cracks or hairlines. 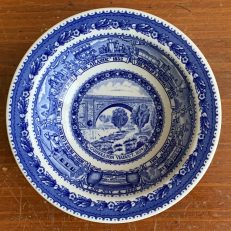